Once the reserve of combat sports professionals, the chunky battle rope is now the darling of Crossfit lunatics across the globe and that’s because it absolutely annihilates the upper body… in a good way.

As you slam, whip and wave the ropes, your feet remain planted, which also activates the glutes, calves and hamstrings, while seated exercises can shred abs in seconds. 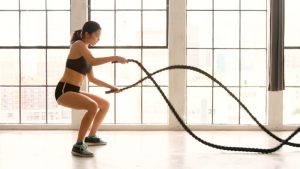 Why not shake up your own fitness routine!

The danger with repeating the same type of exercise day-in and day-out is that it can easily become boring and at some point you will reach a plateau. When this happens you’ll stop seeing results. Trying something completely different is a great way to stay motivated and target different muscle groups!

The Bodymax Battle Training Rope is a fun and fantastic way to kickstart a whole new approach to your fitness training.

Although originally developed for combat sports such as football, rugby and mixed martial arts, the use of Battle Training Ropes are rapidly becoming a part of mainstream exercise. As you wave, whip, slam, spiral and throw the rope all the muscles of your upper body will be fully engaged. Of course, your feet will be firmly planted on the ground, which will also engage your quads, glutes, calves and hamstrings.

The ability to successfully manoeuvre the rope through the various movements also requires intense core strength, so those abs will also be put through their paces!

Whether you use the rope indoors or out, there’s no question you’ll receive loads of positive attention. Not only does this work your entire body, but it looks cool as well! Boasting a weight of 9.5kg and measuring 15m in length with a thickness of 40mm, this battle rope requires strength, power and endurance to command it.

Regular battle rope workouts will give you a cardio workout like no other, and it’s a great way to tone up and lose weight! Covered in sturdy nylon casing to prevent fraying this rope will withstand the elements so you can train long and hard and achieve the body you want!

Find out more about 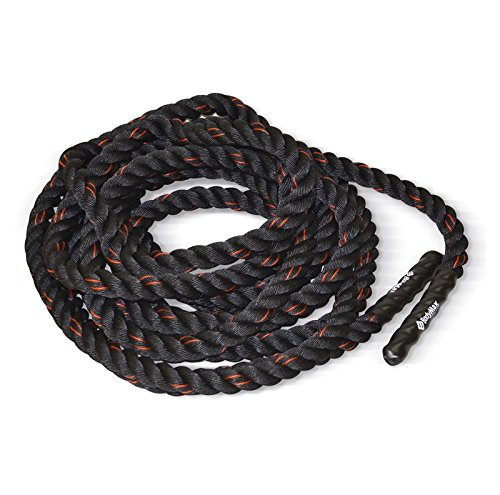